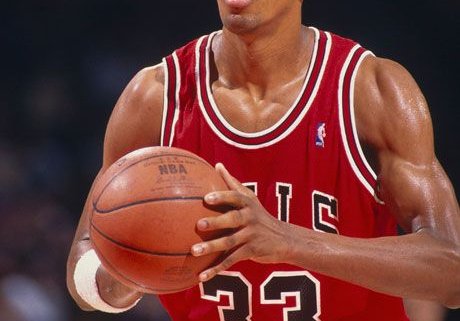 Scottie Pippen had a great Nike commercial from the early 1990s. The one-minute clip has Pippen, one of the two best players on the legendary Chicago Bulls dynasty, fall into a “time warp”. He’s suddenly dropped onto a 1950s-era basketball court and competing against a team of young men that look just like the image you probably have in your head – skinny, awkward, and white. None of those words describe the 6’ 8” Pippen and he easily dominates the 1950s game. 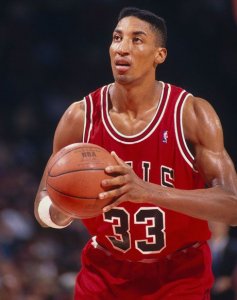 We don’t have the benefit of sticking players into different eras and seeing how they would compete, but I’m pretty confident that the premise of the commercial holds up, that Pippen and most any NBA player from today is an order of magnitude better than players in the 1950s. Why is that?

So besides recalling the fond memories of Scottie Pippen’s skills, why is a regenerative agriculture blog post discussing NBA talent? Because it’s the same dynamic that gets me so excited about the recent legislation that supports $5 billion in Black farmer debt relief.

The number of African American farmers has declined from around one million farms in 1920 to less than 40,000 today. That means that we have 960,000 fewer farmers that are experimenting and innovating on their land. And we have policies that continue to encourage large scale monocultural production, sharply reducing the opportunities for innovation on the remaining farms.

Global agriculture faces dramatic transitions in coming decades as we figure out how to expand food production in the midst of growing climate crises, dramatic soil depletion, and impaired water resources. One-size-fits-all solutions don’t exist, and instead we need innovation in different regions, on different soil types, with different crops. We need more farmers that think outside the box.

Black farmers and other disadvantaged farmers have been forced to spend generations thinking outside the box as these farmers have largely been excluded from the primary commodity crops of corn, soybeans, wheat and cotton. This doesn’t mean that these disadvantaged farmers will implement improved soil and water management practices. Some will, and others will not. But there will certainly be more innovation, and some of it will advance regenerative agriculture just as Scottie Pippen advanced NBA basketball.

Providing Black farmer debt relief is morally the right thing to do – that’s without debate. And this is one of the classic examples where systemic racism has hurt all of us and stymied innovation. Just like 1950s basketball, it’s time for agriculture to bust out of old habits and flourish with more diverse talent.