The relationship between agriculture and water – and the role of government in facilitating that relationship – has been a longstanding issue of contention, particularly in the agricultural Midwest. Need examples? In past couple of weeks alone, we’ve seen the following: 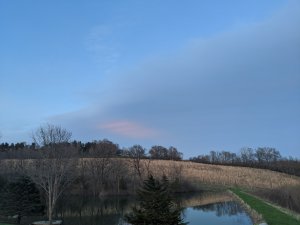 The U.S. Environmental Protection Agency (EPA) has often found itself at the nexus of these contentions, often because challenges involving agriculture, water, and policy falls under their purview via the Clean Water Act, which is the structure for regulating pollutants in waters of the United States. The reach of Clean Water Act regulations, and in particular the definition of “waters of the US” (WOTUS) has bounced around for many years based on court rulings and the priorities of presidential administrations. The continued ambiguity leaves many unsatisfied.

In order to advance clarity around clean water policies, the EPA and U.S. Army Corps of Engineers have sponsored a series of WOTUS roundtables around the country. The Regenerative Agriculture Foundation was thrilled to be selected as a Midwest host for a virtual roundtable on May 23. From environmental justice advocates to the Illinois Corn Growers Association, we brought together a diverse array of roundtable participants with a variety of perspectives on water regulation; if you weren’t able to tune in live, you can watch a video of the WOTUS roundtable. You can read coverage of the roundtable here and here.

RAF’s Executive Director Mark Muller served as a convener of the roundtable, and as one of the participants. He made the case for regenerative agriculture as a key part of clean water solutions:

“The world is depending on a highly productive Midwest agriculture now, but that demand – and the opportunity – will be much greater in the future. Our policies should be encouraging transitions to more farmers on the landscape, a greater diversity of farmers, and a greater diversity of cropping and livestock systems.”

Muller also advocated for developing a learning framework for policy. Issues such as the Dead Zone in the Gulf of Mexico aren’t going to be resolved overnight, regardless of forthcoming decisions about WOTUS definitions or farm bill conservation programs. We need persistent, long-term, regenerative practices in Midwest cropping systems, and we need to recognize that policy is just one small but crucial component of advancing clean water and regenerative agriculture.

RAF is grateful for all the time that the roundtable participants spent preparing and participating in the roundtable, and we encourage you to watch the recording.